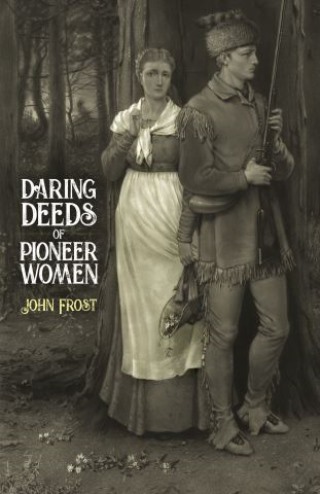 Compiled in 1860 but based on earlier source material, this evocative work captures the grim realities and challenges of early American expansion and Western settlement through tales of pioneering women and their families, including the wife and daughters of Daniel Boone. The stories, dating from the French and Indian War through the 1850s, recount desperate situations from the lives of westward-bound settlers, including encounters with the Native Americans they ultimately displaced.
In keeping with its dramatic tone, this book was originally titled Daring and Heroic Deeds of American Women, Comprising Thrilling Examples of Courage, Fortitude, Devotedness, and Self-Sacrifice, Among the Pioneer Mothers of the Western County. Chapters include "The War-Woman Creek," "A Heroine without a Name," "The Captivity of Jane Brown and Her Family," "Wonderful Fortitude of Female Emigrants," and many other stirring tales. This new edition features five engravings from the original publication.

John Frost:
Originally from Kennebunk, Maine, John Frost (1800–59) was both a Philadelphia teacher and a Boston principal before pursuing a prolific career in writing. Frost produced more than 300 volumes, including travel accounts, captivity narratives, and history volumes of all sorts. The father of ten was put to the task of writing to keep his family financially afloat, something he would find more than challenging in his later years. His historical writings are noted for their strong sense of 19th-century American nationalism.