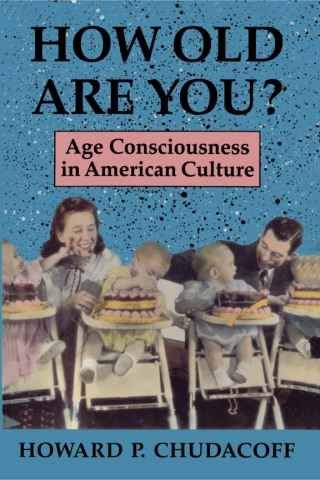 How Old Are You?

Most Americans take it for granted that a thirteen-year-old in the fifth grade is "behind schedule," that "teenagers who marry "too early" are in for trouble, and that a seventy-five-year-old will be pleased at being told, "You look young for your age." Did an awareness of age always dominate American life? Howard Chudacoff reveals that our intense age consciousness has developed only gradually since the late nineteenth century. In so doing, he explores a wide range of topics, including demographic change, the development of pediatrics and psychological testing, and popular music from the early 1800s until now. "Throughout our lifetimes American society has been age-conscious. But this has not always been the case. Until the mid-nineteenth century, Americans showed little concern with age. The one-room schoolhouse was filled with students of varied ages, and children worked alongside adults.... [This is] a lively picture of the development of age consciousness in urban middle-class culture." --Robert H. Binstock, The New York Times Book Review "A fresh perspective on a century of social and cultural development."--Michael R. Dahlin, American Historical Review