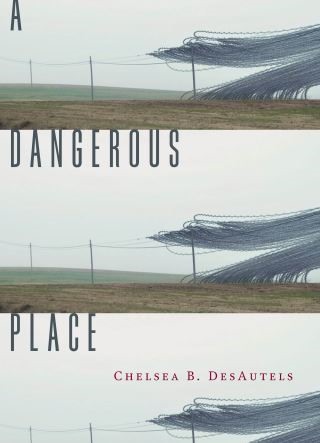 These poems are tender and fierce. A portrayal of motherhood and of battling cancer.; DesAutels is based in Minneapolis and works at The Loft as a teaching artist.; Though this is DesAutels’s debut, she’s earned many accolades and prizes previously, including being a finalist for the 2020 National Poetry Series and a semifinalist for the 92Y Discovery Poetry Contest. She’s also worked as the poetry editor for Gulf Coast, and her poems have been featured in publications like Copper Nickel, The Missouri Review, Ploughshares, The Adroit Journal, etc..; This work contains the careful attention to language capable of someone who is both a poet AND a lawyer. DesAutels has also won several awards for her work as an attorney, including the “Global Citizenship Grand Prize” from American Lawyer and “Attorney of the Year” from Minnesota Lawyer, both awarded for work on a human trafficking case. ; When it comes to touring, we’ll be taking into account all of her past cities she’s lived in, where she also has friends and family: South Dakota, New York, Minnesota, and Texas.; DesAutels earned her MFA (and the contacts that come with it) from University of Houston.

Chelsea B. DesAutels is a poet and educator living in Minneapolis. Her work appears in Ploughshares, Copper Nickel, Missouri Review, The Adroit Journal, Massachusetts Review, Willow Springs, Pleiades, Ninth Letter, and elsewhere. A National Poetry Series finalist, Chelsea earned her MFA from the University of Houston, where she was the recipient of the Inprint Verlaine Prize in Poetry and served as Poetry Editor of Gulf Coast.  She has received support from the Anderson Center at Tower View, Vermont Studio Center, Minnesota Northwoods Writers’ Conference, Community of Writers at Squaw Valley, and others. Some of the many places Chelsea has called home include South Dakota, New York, Minnesota, and Texas. In addition to her MFA, Chelsea also holds degrees from Wellesley College and the University of Minnesota Law School.