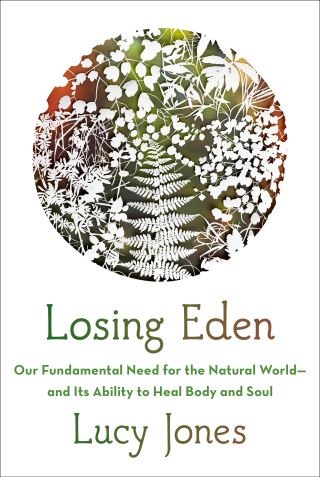 A fascinating look at why human beings have a powerful mental, spiritual, and physical need for the natural world—and the profound impact this has on our consciousness and ability to heal the soul and bring solace to the heart, and the cutting-edge scientific evidence proving nature as nurturer.

“The connection between mental health and the natural world turns out to be strong and deep—which is good news in that it offers those feeling soul-sick the possibility that falling in love with the world around them might be remarkably helpful.” —Bill McKibben

Lucy Jones interweaves her deeply personal story of recovery from addiction and depression with that of discovering the natural world and how it aided and enlivened her progress, giving her a renewed sense of belonging and purpose.

Jones writes of the intersection of science, wellness, and the environment, and reveals that in the last decade, scientists have begun to formulate theories of why people feel better after a walk in the woods and an experience with the natural world. She describes the recent data that supports evidence of biological and neurological responses: the lowering of cortisol (released in response to stress), the boost in cortical attention control that helps us to concentrate and subdues mental fatigue, and the increase in activity in the parasympathetic nervous system, slowing the heart and allowing the body to rest.

“Beautifully written, movingly told and meticulously researched. An elegy to the healing power of nature. A convincing plea for a wilder, richer world.” —Isabella Tree, author of Wilding

Lucy Jones: LUCY JONES was born in Cambridge, England, and educated at University College London. She has written extensively on culture, science and na­ture. Her articles have been published on BBC Earth and in The Sunday Times, The Guardian and the New Statesman. Her first book, Foxes Un­earthed, received the Society of Authors’ Roger Deakin Award. Jones lives in Hampshire, England.