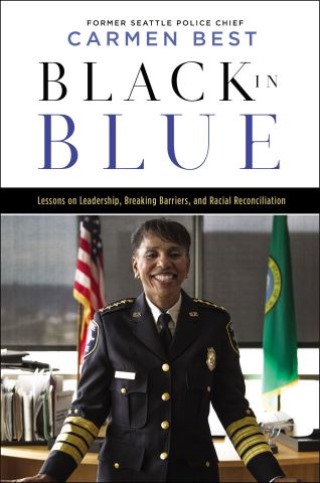 Whatever your position is on Black Lives Matter, defunding the police, and equity in law enforcement, former police chief Carmen Best shares the leadership lessons she learned as the first Black woman to lead the Seattle Police Department—a personal insider story that will challenge your assumptions on how to move the country forward.

Chief Carmen Best has spent the last 28 years as a member of a big-city police force, an institution where minorities and women have historically found it especially difficult to succeed. She defied the odds and became the first Black woman to lead the Seattle Police Department.

During her tenure, she was successful in bringing significantly more diversity to the force. However, when the city council cut her budget amid months of protests against police violence, she had no choice but to step aside. Without the city’s support, she felt she wouldn’t be able to continue changing the status quo of the police force from within.

Throughout her career, Chief Best has learned lessons that those coming up behind her can benefit from. In this book, she will use her story to share those urgent lessons. Readers will read about:

Carmen Best teaches readers the core qualities and mindset to persevere and rise through the ranks, even within a workplace whose culture and leadership must be challenged, and policies changed on the way to achieving that vision. Her motivating story serves as a master class in guiding principles for anyone striving to serve their community and rise to the highest echelon of success.

Chief Best was hired by the Seattle Police Department in 1992 and, prior to being appointed chief, had held the ranks of officer, sergeant, lieutenant, captain, and deputy chief. Chief Best took over as interim chief of police on January 1, 2018, replacing Kathleen O'Toole, and was later appointed permanent chief by Seattle Mayor Jenny Durkan, effective from August 13, 2018.

She became the first Black woman to serve as Seattle's chief of police. On August 10, 2020, after the Seattle City Council voted to downsize the department by about 100 officers, she resigned, stating that she could not in good conscience shrink and thereby reduce diversity in the department which she had just grown by 110 officers in 2019 (with 40% of those new hires being persons of color). Under police union rules, the last hired would be the first to be laid off, disproportionately affecting officers of color.