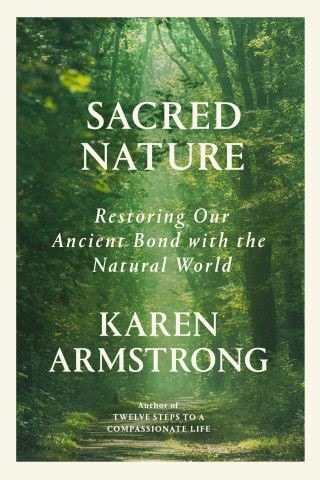 Restoring Our Ancient Bond with the Natural World

From one of the most original thinkers on the role of religion in the modern world, a profound exploration of the spiritual power of nature—and an urgent call to reclaim that power in everyday life.

"Much has been written on the scientific and technological aspects of climate change.... But Armstrong’s book is both more personal and more profound. Its urgent message is that hearts and minds need to change if we are to once more learn to revere our beautiful and fragile planet." —The Guardian

Since the beginning of time, humankind has looked upon nature and seen the divine. In the writings of the great thinkers across religions, the natural world inspires everything from fear, to awe, to tranquil contemplation; God, or however one defined the sublime, was present in everything. Yet today, even as we admire a tree or take in a striking landscape, we rarely see nature as sacred.

In this short but deeply powerful book, the best-selling historian of religion Karen Armstrong re-sacralizes nature for modern times. Drawing on her vast knowledge of the world’s religious traditions, she vividly describes nature’s central place in spirituality across the centuries. In bringing this age-old wisdom to life, Armstrong shows modern readers how to rediscover nature’s potency and form a connection to something greater than ourselves.

Karen Armstrong: KAREN ARMSTRONG is the author of numerous books on religious affairs, including The Case for God, A History of God, The Battle for God, Holy War, Islam, Buddha, and The Great Transformation, as well as a memoir, The Spiral Staircase. Her work has been translated into forty-five languages. In 2008 she was awarded the TED Prize and began working with TED on the Charter for Compassion, created online by the general public, and crafted by leading thinkers in Judaism, Christianity, Islam, Hinduism, Buddhism, and Confucianism. The charter was launched globally in the fall of 2009. She is currently an ambassador for the United Nations Alliance of Civilizations. She lives in London.